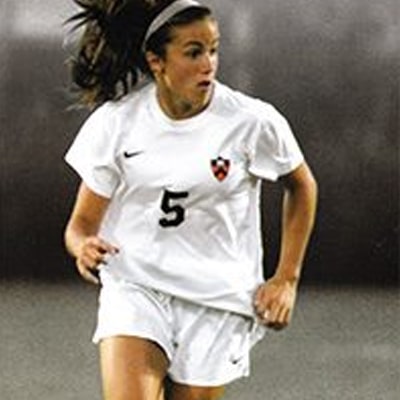 “I have been a 1TO1 client for a little over two years. My two favorite things about 1TO1 training is the personalization and the variety. As a soccer player, the goals I have had for my training are pretty specific, and since day one the trainers at 1TO1 helped work with me to create a program that was based on exactly what I needed to focus on to prepare me for peak performance. I have never felt like anything I have done at 1TO1 wasn’t serving a purpose in getting me ready for the field, whether it was agility, explosiveness training, or strength. On top of that, the trainers I get to work with, and the variety of methods helps keep me constantly on my toes and gives me exposure to multiple styles of improvement. I also just like getting to know more people, and hanging out at 1TO1 has always been fun.

1TO1 helped me enormously on my transition from high school and club level soccer to preparation for college. Since working with 1TO1 I have become stronger from head to toe, more agile, and generally more ready for the physicality and demands of the college level. Since the trainers have always tended to push me to extreme limits (which I have always asked for), 1TO1 helped me grow my tolerance and learn how to push myself. I have never faced a workout at college that has been harder than my hardest 1TO1 sessions.

While I was in high school, I was on Braddock Road Elite 95, a club soccer team based in Fairfax, Virginia. We won the Virginia Youth Soccer state championship two years in a row, and in 2012 we won the US Youth Soccer National Championship. In 2013, I was selected to train with US u18 National Team, which was an amazing opportunity I am so lucky to have gotten. Since 2014, I have been a member of the Princeton Women’s Soccer team, and this past season we were undefeated Ivy League champs and advanced to the second round of the NCAA tournament. I was selected to the second-team All Ivy League in 2014 and 2015.”