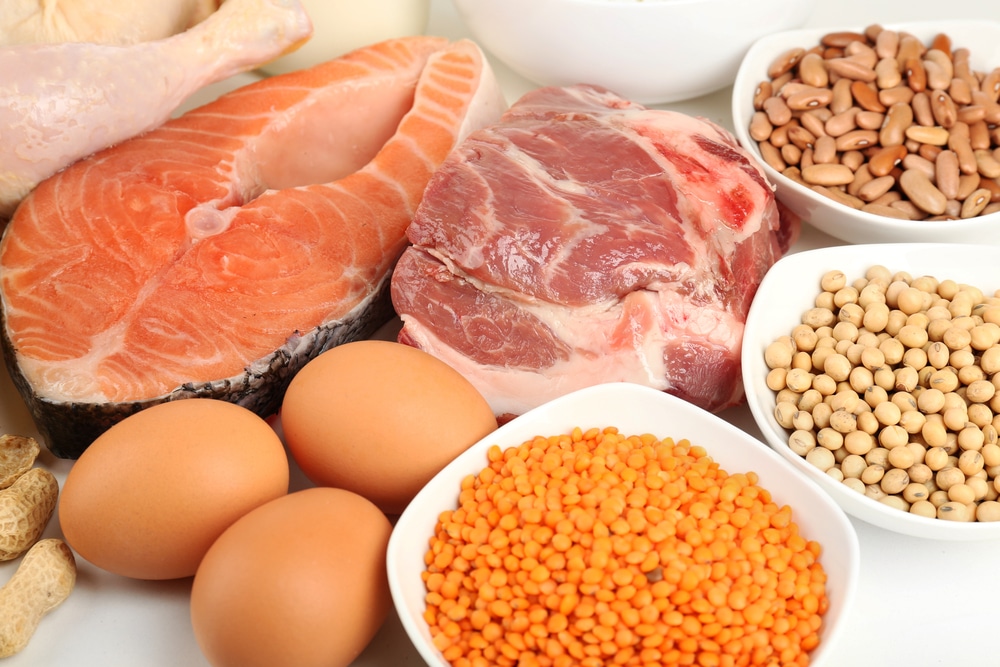 About 20% of the human body is made up of protein. Because your body doesn’t store protein, it’s important to get enough from your diet each day. You can get protein from many food sources, including plants and animals. Some people claim that the source of the protein, whether animal or plant, shouldn’t matter. Others suggest that plant protein is superior to animal protein. This article compares animal and plant proteins.

The Amino Acid Profile Varies Between Plant and Animal Proteins

Bottom Line: All proteins are made up of amino acids, although the amount and type of each amino acid varies based on the protein source.

On the contrary, plant protein sources, such as beans, lentils and nuts are considered to be incomplete, as they lack one or more of the essential amino acids that your body needs. Some sources report soy protein as complete. However, two essential amino acids are only found in small amounts in soy, so it isn’t comparable to animal protein .

Bottom Line: Animal foods are the highest quality protein sources. Plant sources lack one or more amino acids, which makes it more difficult to get all the amino acids that your body needs.

Some Nutrients Are More Abundant in Animal Protein Sources

Of course, proteins are rarely found in isolation. They usually come with a wide variety of other nutrients. Foods that contain animal protein tend to be high in several nutrients that are often lacking in plant foods.

Of course, there are also plenty of nutrients found in plants that are lacking in animal foods. Therefore, eating balanced amounts of both is the best way to get all the nutrients you need.

Certain Types of Meat May Cause Disease

Red meat is a high-quality protein source. Several observational studies have linked red meat consumption to an increased risk of heart disease, stroke and early death. However, further research has suggested that the problem is not with all red meat, but rather with processed red meat. In a large observational study including 448,568 individuals, processed meat was linked to an increased risk of death, with no effect for unprocessed red meat.

Additional studies have confirmed that unprocessed red meat consumption is not linked to heart disease. Despite this, one study found that replacing 1 serving per day of red meat with 1 serving of poultry was associated with a 27% lower risk of stroke.

Furthermore, the health risks associated with processed red meat are not linked to fish and other meats, such as turkey and chicken.

Diets High in Plant Protein are Linked to Many Benefits

Diets high in plant protein, such as the vegetarian diet, are linked with many health benefits. Studies suggest vegetarians tend to have a lower body weight, lower cholesterol and lower blood pressure levels.

They also have a lower risk of stroke, cancer and death from heart disease than non-vegetarians.

A study found that a diet rich in protein (about half from plants) lowered blood pressure, cholesterol levels and the risk of heart disease more than a standard diet or a healthy high-carb diet.

One small study of people with type 2 diabetes found that replacing 2 servings of red meat with legumes 3 days per week improved cholesterol and blood sugar.

However, another small 6-week study of diabetics compared a diet high in plant protein with a diet high in animal protein. No differences were found in blood sugar, cholesterol and blood pressure.

Diets high in plant protein may also help you control your weight.

An observational study following 120,000 men and women over 20 years found that eating more nuts was linked to weight loss.

Also, eating one serving of beans, chickpeas, lentils or peas per day can increase fullness and may lead to better weight management and weight loss.

Correlation Does Not Imply Causation

It’s important to remember that observational studies only report statistical associations. They cannot prove that these benefits were caused by eliminating meat or other animal protein sources. One thing to consider is that people on vegetarian diets tend to be more health-conscious than the general population. Therefore, the health benefits of vegetarian diets are likely due to overall healthier diets and lifestyles, rather than any inherent difference between plant and animal proteins.

Bottom Line: A diet high in plant protein is linked to a lower risk of heart disease, diabetes and obesity. This may be explained by an overall healthier lifestyle in vegetarians.

Animal protein is also associated with positive health effects, despite often being portrayed as unhealthy compared to plant protein. The Nurses’ Health study reported that poultry, fish and low-fat dairy were associated with a lower risk of heart disease.

Additionally, eating eggs has been linked to improved cholesterol levels and weight loss. In one study, women who ate eggs for breakfast, rather than a bagel, reported feeling fuller and ate less later in the day. Last but not least, eating animal protein is linked with increased lean muscle mass and a reduction in the muscle loss that occurs with age.

For optimal health, the evidence supports a diet that is low in processed meat, rich in plant protein, with some animal sources such as grass-fed meat, fish, poultry, eggs and dairy.

As plant protein food sources often have lower quality proteins, vegetarians and vegans should eat a wide variety of foods to ensure that they are getting all the amino acids that they need.

For meat eaters, it’s important to get the right balance of both animal and plant foods.